Assessment - Designing projects, lessons and skills for all 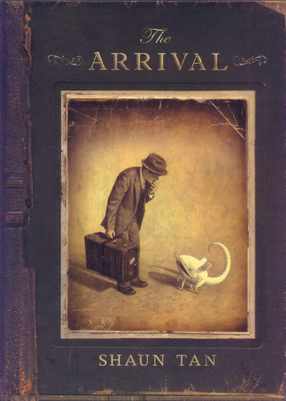 Assessment for learning, as apposed to assessment of learning, is what I practice in my classroom. In that vein, I developed a two part lesson on multiculturalism for a 20-4 class, early in the first month that sought to allow success for all types of learners. Particularly I wanted to get my students to think critically about where they get their information from, as we had discussed the week prior how immigration into Canada works on a mechanical level, but not yet getting into the meatier issues of national identity. We were side tracked by a very interesting but highly superficial discussion of the issue, where my students resorted to quoting things that their families, friends or the news had told them. This was the first lesson I used to address this wider issue of multiculturalism, and to introduce them to critical thinking, which promised to be very challenging. I've included PDFs of my lesson plans and materials, but the basic explanation also follows.

Day one is focused on getting the students to engage in finding information and evaluating it, from different types of internet sites. Using this prezi, the topic of how opinions are formed is explored on in a quick, 15 minute heads up section of the lesson. The least literate students are still engaged because it is very visual in nature, allowing them to use screen shots to point out things that make a website more or less crediable. There is a section of 'heads-up' teaching but generally the real work is found in exploring the websites, first up on the SMART board as a class, then in pairs.

If a pair of students finished early, a second piece of the assignment could be added, so that any particularly savvy students will still find a challenge in their work and be able to demonstrate their abilities.

Day two allows the students to finish their work and start on the second half of the assignment, where the focus is on empathy and historical thinking, the ability to see an issue from the other point of view. This was to be accomplished through an assignment that had the students working with the book The Arrival and narrating the wordless book on immigrating to a new country.  This entire assignment was designed with my non-literate students in mind. After uncovering their competencies and skill levels through some earlier assignments I discovered that plenty of my students were almost functionally illiterate. Plenty of assignments test the reading abilities of my students or rather, their coping skills. By the time my students reached the 20-4 level, they already had highly developed coping strategies that allowed them to never read or practice their writing directly.  I wanted an assignment that focused primarily on letting them work on their writing skills, in an assignment that was not going to grade them on their writing directly. Simply getting the ideas on paper was the main focus of it, with plenty of room for creativity and empathy.

These lessons grew out of discussion on Canadian identity. Originally they were to be themed along the lines of regionalism, but the students showed an incredible amount of interest in immigration and muliticulturalism, so a day before the lessons ran the topic was changed. Therefore, see these plans are versitile options and adapt freely.

The assessment from these two days consisted of the work completed as a group, (starting into the first two websites,) so assessing their engagement as a group, then following that there was completeness and the ever present employability grade of arriving on time and ready to work, then their ability to focus and engage for that class. Following that, there were many many means of expressing themselves through The Arrival Assignment, with a good chunk of students giving a narrative, some doing a powerpoint where they made a new story from pictures taken out of order from the book to create the story of someone helping a new immigrant, and finally one assignment that consisted of the story of one of our immigrant student's arrival to Canada years prior. With multiple means of expressing themselves, and grades for participation and written work, these two assignments provide a good starting point for assessment, taken within a context such as my classroom, where student literacy levels varied widely.

Materials
Lesson Plans: Both Day one and day two
Prezi The heads up part of the lesson
Assignment 1: Internet sources portion
Assignment 2: I didn`t link up my second assignment because I want to protect the author and any PDF of it would be huge. Basically, what I did was pull out a section of The Arrival by Shaun Tan and asked the students to narrate the story. The idea was to start the process of historical thinking, practicing their writing skills and following the trend of using books and resources for younger audiences in older classrooms to draw out deeper thought.